The famous ‘R’ Mountain (officially called the North Menan Butte) is just west of Rexburg, and can easily be seen from campus.  A popular hike among students, “R Mountain” also holds the title for the world’s largest tuff cones.

Interesting fact:  The Menan Buttes were formed thousands of years ago, when a volcano erupted directly under the Snake River, causing the lava to cool very rapidly and form into a glass called tachylite.  At the same time, the heat from the magma vaporized the water in the river. The steam from the water then caused the glass to break into tiny fragments, which ended up fusing back together with ash from the initial eruption… and that’s what makes up the ground you’re walking on.   So the point is, R-mountain’s  a pretty  unique geological structure, and the largest of it’s kind in the world.

View From The Trail Head

View from the Top of the Mountain looking toward Rexburg

How to get to R Mountain: 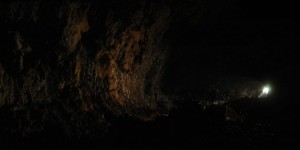 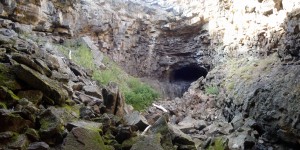 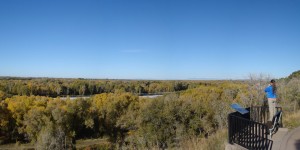 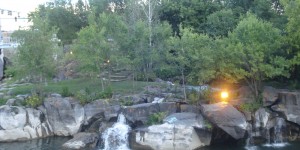